Mike Freeman has served as Hennepin County Attorney for 19 years, including 1991-1999 and since 2006. In 1998, Freeman ran for Minnesota Governor with the endorsement of the DFL. From 1983-1990, he was the Minnesota State Senator representing Richfield and Bloomington.

Freeman grew up in a politically engaged family. His father, Orville Freeman, was governor of Minnesota from 1955-1961 and Secretary of Agriculture under President Kennedy. His mother was president of the National Girl Scout Council and worked with the United Nations and UNICEF.

Freeman received a bachelor’s degree from Rutgers University and a juris doctor from the University of Minnesota Law School. He lives in South Minneapolis and enjoys spending time with his wife, children and grandchildren, as well as fishing.

Commenting on the 2013 Minneapolis police killing of Terrance Franklin: “Good people can disagree with this, but police officers never shoot their gun unless [they] fear for [their] life, your life or someone else’s.”
Source: Twin Cities Daily Planet, 8/14/13

In 2016, Freeman broke from 40-year precedent and announced that Hennepin County will no longer use grand juries in police shooting cases. “I concluded that the accountability and transparency limitations of a grand jury are too high a hurdle to overcome. So, at this point in time, and in a democracy where we continually strive to make our systems fairer, more just and more accountable, we in Hennepin County will not use the grand jury in the Jamar Clark case.”
Source: Hennepin County Attorney’s statement, 3/16/16

Freeman declined to charge officers in killing of Jamar Clark, citing evidence that Clark was not handcuffed and had reached for officer’s gun.
Source: Hennepin County Attorney’s statement, 3/30/16

Regarding the decision to charge Minneapolis police officer Mohamed Noor, Freeman said that it was necessary to convene a grand jury in the killing of Justine Ruszczyk because officers would not cooperate with the investigation. Despite use of grand jury for issuing of subpoenas: “Let me be clear. … The decision to charge Officer Noor is my decision and mine alone.”
Source: Fox 9 News, 3/20/18

Freeman concluded that there was no basis for criminal charges against two Minneapolis officers in the killing of Thurman Blevins, citing Blevins running from officers and holding a gun: “When Mr. Blevins fled from the officers with a loaded handgun, refused to follow their commands for him to stop and show his hands, and then took the gun out of his pocket and turned toward the officers, Mr. Blevins represented a danger to the lives of Officer Schmidt and Officer Kelly and members of the community. Their decision to use deadly force against Mr. Blevins under those circumstances was authorized by Minn. Stat. § 609.066. As such there is no basis to issue criminal charges against either officer.”
Source: Speech by Hennepin County Attorney Mike Freeman, 7/30/18

Freeman noted the success of two Hennepin County programs to reduce juvenile prosecutions.
(1) Working with school principals to only send the most serious cases to county prosecution: “The result is that in the 2006-2007 school year, 2,513 cases were sent from schools to the juvenile prosecution division. In the 2017-2018 school year, the number plummeted to 728, a decline of 71 percent.”
(2) The Headway Diversion program: “In 2017, one-third of the cases that came into the Juvenile Prosecution Division were recommended for diversion. That is 2,045 cases recommended for diversion out of the 6,072 total cases.”
Source: Press conference by Hennepin County Mike Freeman, 6/13/18

Criticism of the Hennepin County Attorney’s office frequent use of expert witness forensic psychiatrist Dr. Shane Wernsing to encourage prosecution rather than mental health commitment, Hennepin County Public Defender Mary Moriarty said: “The clients that the county attorney pays Wernsing to testify against are extremely mentally ill and they should be in a secure hospital receiving treatment, not a prison where they are vulnerable to victimization.”
Source: Star Tribune, 11/28/17

At a May 6, 2018 public meeting at New Creation Church in North Minneapolis, convened by ISAIAH: “Freeman noted an idea to have automatic expungement for juveniles and adults who go through a diversion program. However, when ACLU and NAACP member, Elizer Darris asked if Freeman has prepared or assisted in getting a bill or legislation done it was revealed that Freeman hasn’t pushed either. ‘I don’t think it’s possible to get much progressive legislation through,” Freeman responded. “I feel like a voice in the wilderness.’”
Source: ISAIAH post, 5/6/18

Analysis by Minneapolis NAACP leaders of Hennepin County Attorney Mike Freeman’s decision to not charge Minneapolis police officers in the killing of Jamar Clark: “The ACLU recently found that black and Native American residents are arrested for low-level offenses at rates 8-9 times higher than for whites. The officers who made those arrests, and the Hennepin County prosecutors who (under Freeman’s authority) sought convictions in those cases, would all say they were just objectively following the law. The statistics prove otherwise.”
Source: Mike Freeman’s shifting rules of evidence when it comes to people of color by Rachel Wannarka and Jason Sole, 6/3/16

After the Hennepin County Public Defender named the disparity in the small-scale marijuana arrests during a Minneapolis Police Department undercover sting operation that resulted in almost all arrests of black people, Freeman stated: “These undercover drug stings by the Minneapolis Police Department occurred without our knowledge. Because they occurred over a period of months and were distributed to about a half-dozen of our attorneys for prosecution, we did not detect any pattern.”
Source: Star Tribune, 6/8/18 and statement from Mike Freeman

Regarding the decision to not file criminal charges against University of Minnesota football players (who had been suspended by the university) for sexual assault: “Reviewing the full report and comparing it to the criminal investigation file shows no new significant evidence that would enable prosecutors to bring charges against any individuals that could be sustained under our much higher standard of proof beyond a reasonable doubt,” Freeman said. “As a result, our decision not to bring charges remains unchanged.”
Source: WCCO News, 12/30/16

Following a Star Tribune analysis finding failings of Minnesota law enforcement in investigating sexual assaults, Freeman promised greater scrutiny of cases never referred to prosecutors. “Freeman called the Star Tribune stories ‘a good wake-up call for all of us who are trying to protect the victims and prosecute those who violate people’s human dignity.’”
Source: Star Tribune, 8/1/18 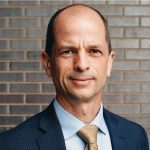