Blong Yang is a Hmong refugee, who came to the U.S. with his family in 1980. He graduated from UCLA and then the University of Minnesota Law School. He became a lawyer with the Legal Aid Society of Minneapolis and later an investigator with the Minneapolis Department of Civil Rights.

He lives in Jordan neighborhood of Minneapolis with his wife and two daughters. In his spare time, he enjoys fishing and coaching youth soccer.

On policing in North Minneapolis: “Yang’s constituents are divided on what needs to change. Some say the neighborhood is already over-policed – he lives a couple minutes’ drive from the site of the Jamar Clark police shooting – while others ‘want police officers everywhere, all the time.’ Of the two approaches, Yang leans more toward the latter, though he’s not calling for a crackdown on the neighbors whose pot smoke he smells … ‘I just don’t want people to shoot and kill each other,’ Yang says. ‘It’s complicated, I know. But we just want to be safe.’”
Source: City Pages, 8/9/17

“You see families that are immigrants that would arrive and live in public housing where they have to share 15 people to a home. These people eventually become homeowners and for us, that’s the American Dream.”
Source: New Straits Times, 10/3/18

In 2001, created a project with Equal Justice Works and the Legal Aid Society of Minneapolis on immigrant language access. “Blong Yang’s project focused on language access to services for immigrant communities, particularly for those who were limited- or non-English speaking. … Blong’s fellowship involved legal research in this new and developing area of the law and conducting investigations regarding language access violations. …  Blong worked with [immigrant] communities and mutual aid associations to educate them on their language access rights. He also advocated in conjunction with community agencies for policy changes in government programs to better meet the language needs of immigrant communities. Finally, he directly represented individuals and families in government benefits or housing cases where language barriers have adversely and illegally affected the client’s situation. The ultimate goal of his work was to improve economic, social, health and educational opportunities for individuals and families whose English speaking skills are limited.”
Source: Equal Justice Works, 2001

As a City Council Member, “spearheaded Infill Housing Program to build new homes on 300 city-owned empty lots with $1.5 million for a pilot first year and resurrected $1 Housing Program (Vacant Housing Recycling Program) which saved almost 100 houses from demolition and converted them into new rehabbed homes, putting them back on the tax rolls.”
Source: Candidate website

“Improving recycling systems and protecting our environmental resources will help maintain the environment for our children.”
Source: Northeaster newspaper

Supported an environmental study to evaluate options for a municipal takeover of electric utilities over an Xcel contract. “Blong Yang also said he supports the measure. ‘Hopefully the city follows the measure if it passes,’ he said. As a politician, he said calling for a study was a ‘no-brainer.’ MEO [Minneapolis Energy Options] is ‘pushing the city to do a study,’ he said. ‘It’s very simple for me. It’s a politician’s dream.’”
Source: Twin Cities Daily Planet, 4/10/13

“Yang said that racial inequity is a separate issue from how we pursue energy options. Inequity, he said, is the ‘result of racism and discrimination of hiring.’ He said that candidates with energy and environmental backgrounds are white, and that unless we adopt hiring goals and enforce them, ‘we won’t make a dent in employment.’ He was skeptical about job creation through municipalization. ‘I’ll believe it when I see it,’ he said.”
Source: Twin Cities Daily Planet, 4/10/13

“When you look at it, all the struggles people have up here are fairly similar. Jobs, economic development that needs to happen along the major corridors in North Minneapolis. That’s an everybody issue, it’s not just a black issue, not just a Hmong issue. It’s not a white issue.”
Source: WCCO News, 11/6/13

“A Star Tribune article last year noted that county leaders estimate that doing away with racial and ethnic disparities in income and employment would foster a full $4.6 billion in economic growth. I will continue to support and expand this important work as county commissioner.”
Source: Northeaster newspaper, 2016 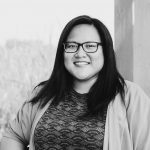