Rafael Ortega is the incumbent candidate for District 5 Commissioner. Ortega was a social worker before becoming an outreach director for the Minnesota Council of Churches. He also served as the Executive Director of Comunidades Latinas Unidas en Servicio.

Ortega grew up on the Lower East Side of New York City. He received a bachelor of arts degree from Fordham University in New York City and a master’s degree in social work at the University of Minnesota in 1981.

He has lived in the District 5 community for more than 30 years and is the parent of two adult children.

“I, as a kid, would see the police abuse Puerto Ricans, basically because of cultural differences. In hindsight, I could see the ignorance of a police officer not understanding, or interpreting incorrectly the actions, the body language and all of that. So I grew up in a very different mode.”
Source: Minnesota Historical Society, 2/8/11

“When I got harassed by cops in high school, I would frustrate the hell out of them. A couple of times, they kicked my ass. They would come into the park and harass my buddies and even though I knew they were looking for José because José just ripped off somebody or whatever, they were harassing all of us. I‘d be the first one to tell them. … You can’t do that.”
Source: Minnesota Historical Society, 2/8/11

Signed letter to Senator Mitch McConnell calling on Congress to prioritize immigration and maintain the immigration status of DACA Dreamers. Ortega was the only Minnesota county official to sign the letter.
Source: King County, 1/17/18

Voted for 1,400+ unit Arden Hills redevelopment project, though would have preferred more density: “This is a huge project. … It took a lot of compromise. … We’ve got to work with the communities we’re in.”
Source: Pioneer Press via Alatus, 12/20/16

“We are the lead agency in helping homeless people in Ramsey County, but there are gaps that need to be filled and we are addressing them by establishing an Interdepartmental Council on Housing Stability. … This year we provided 50 emergency beds downtown to address rising homelessness numbers and the construction of the new Dorothy Day Center and we will continue to be putting together the collaborations that will solve this problem.”
Source: East Metro Voters Guide, 2018

“Funded the building of 4,000 units of housing, including parts of the Gateway in Highland Park, the Upper Landing on Shepard, the American House downtown, Passages on West 7th, and Homes for Learning in Dayton’s Bluff.”
Source: Commissioner Rafael Ortega

Spearheaded effort to bring publicly funded Vikings stadium to Arden Hills and said that while stadium itself would be exempt from property taxes, it could spur adjacent tax-generating private development.
Source: Vadnais Heights Press, 2/22/11

Voted to tear down buildings in downtown St. Paul to make way for riverfront development, saying that making the site shovel-ready will help bring in developers.
Source: Minnesota CBS Local, 11/26/14

“We need to be responsive and quick to find ways to make things work for interested business entrepreneurs. Also, I am proud of preparing and including business leaders when we are making changes, like improving streets and other infrastructure or changing the rules regarding smoking in public places.”
Source: East Metro Voters Guide, 2018

Voted for Ramsey/Washington Counties’ ownership of Newport trash-processing facility. Public ownership was said to help Ramsey and Washington Counties achieve their goal of recycling 75 percent of their waste by 2030; environmental groups said it would give financial incentive to permanent garbage burning.
Source: Woodbury Bulletin, 6/5/15

In June 2012, after Vikings stadium fell through, voted unsuccessfully for Twin Cities Army Ammunition Plant: “The Vikings were just the vehicle. … What I’ve wanted all along was to get this site cleaned up.”
Source: MPR News, 6/12/12

Ortega said a key move Ramsey County made to improve hiring of people of color was to make the county’s affirmative action efforts the responsibility of the county manager’s office: “If you have a diverse community, you need a diverse workforce. When that happens, you have more mechanisms for learning about and serving each other. It’s easier for people to have trust when they see everyone is working at this.”
Source: Pioneer Press via Inforum, 8/13/16

“We Latino elected officials have the duty to educate and persuade our constituents that the interests of Latinos are the same interests as all Americans – that we are an important element in maintaining the American dream for all our citizens and that the state and the nation will be stronger due to our integration into general society.”
Source: Twin Cities Daily Planet, 4/22/10

Voted to oppose voter ID amendment, saying it was an unfunded mandate that would be expensive to the county.
Source: Pioneer Press, 10/8/12 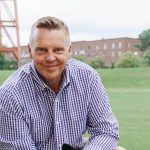